Take the SkyTrain (Millennium or Expo Lines) to Granville Station. Then take bus #10 on Granville Street (at Georgia Street) Southbound to West Broadway.

Take the SeaBus from Lonsdale Quay to Waterfront Station. Then take bus #10 on Richards Street (at Cordova Street) Southbound to West Broadway.

Disclaimer:
The recommendations and information provided within this website should be relied upon for medical education purposes only. It is not intended to replace the independent judgment of a health care provider and is not a substitute for direct consultation with your health care provider. Always consult a physician regarding your specific condition. The appropriateness of a course of treatment for a woman may vary from the medical information provided herein due to individual conditions and/or complications. Trademarks referred to are the property of their respective owners. 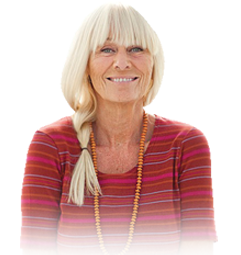 Dr. Wilkie- you have no idea how you have changed my life! I cannot thank you and your staff enough for making me feel so at ease, answering all my questions (no matter how embarrassing they were!) and for the time and care you gave to me. I am so grateful for my new found freedom. I was so scared to look into my incontinent problem- and your staff was so wonderful. Please pass on my thanks to them for me.

Andrea B. Victoria BC

Talk To An Expert
Frequently Asked Questions
Find Our Clinic